The Asia Pacific Regional Internet Governance Forum (APrIGF) 2015 was held from 30 June to 3 July at Macau University of Science & Technology, Macao, hosted by HNET.Asia and Macau High Technology Industry Chamber. Gathering 150 regional delegates including 30 youth participants, the APrIGF 2015 continued the objective of advancing Internet governance development and engaging the next generation of Internet leaders, see http://2015.rigf.asia/. The recordings of each session are available to be downloaded at http://2015.rigf.asia/archives/. One aspect to highlight about the overall program was that there were more workshops that discussed Human Rights and Gender compared to last year.

Four ISIF Asia funding recipients participated at the conference thanks to the support from partners and sponsors. Bishakha Datta from Point of View (India), Nica Dumlao from Foundation for Media Alternatives (Philippines), Jonathan Brewer from Telco2/Network Startup Resource Center (New Zealand), and Ulrich Speidel from University of Auckland (New Zealand) shared their views and experiences as part of the program of the event.

Bishakha Datta (Point of View, India) represented the Civil Society groups at the Opening Plenary. PoV contributes to amplify the voices of women and remove barriers to free speech and expression.

Nica Dumlao (Foundation for Media Alternatives, Philippines) is FMA’s Internet Rights Coordinator, working on the intersection of technology and human rights in the Philippines. Nica has been very active on Internet Governance both globally and regionally, contributing her experience at two global IGFs and two APrIGFs. FMA organized two sessions: 1) “Gender and Internet Exchange (gigX)” a gender pre-event workshop in collaboration with the Association for Progressive Communications (APC), and 2) “Human Rights & Governance in ASEAN Cyberspace”. She was also part of the panelists of three sessions of the main program: “Threats in Expression in Asia”, “Bridging Gender Digital Divide”, and “Localizing Internet Governance”. In these sessions, they shared the experience in working on issues around digital rights, privacy, and women’s rights in the Philippines. In addition, they realized how the other panelists and participants look at issues of Internet rights and governance in the region. “The APrIGF provided a space for us Filipinos to have meaningful exchange with other stakeholders in the region and to plan for further collaboration”, Nica reported.

Jonathan Brewer (Telco2/NSRC, New Zealand) attended several sessions and also had a presentation in the session entitled “Broadband Infrastructure and Services for the Next Billion Users”. In his words, Jon left the sessions “enriched with new information, viewpoints, and concerns”. Some of the highlights for the sessions he attended were as follows:

Ulrich Speidel (University of Auckland, New Zealand) shared about his experiences during the implementation improve Internet user experience in Pacific Island countries with network coded TCP. Ulrich is a firm believer that network coding may help improved goodput in places where TCP faces difficulties coping with high latencies across bottlenecks in the presence of a large number of TCP senders and the APrIGF was a great place to share about this exciting developments, funded by ISIF Asia, along with other partners. He was also one of the speakers of “Broadband Infrastructure and Services for the Next Billion Users”. He attended several sessions and highlighted the following: “Broadband and Infrastructure Services for the Next Billion Users”, “Information Security and Privacy in the IoT Era”, and “Smart Cities in Asia and Development of Big Data”.

Surprisingly, although both are based in New Zealand and both work on Internet infrastructure issues, Jon and Ulrich did not have collaborated in the past, and thanks to the opportunity to attend the APrIGF 2015, they visited Auckland together and commissioned a new RIPE Atlas probe as part of deployment of network coding equipment on Aitutaki in the Cook Islands.

The APrIGF has taken the challenge to produce for the first time an “Outcomes Document”, which aims to identify the key issues and priorities within the Asia Pacific region that were discussed at the conference. The final document will serve as an input to feed into the wider global IGF discussions and also other relevant forums on Internet governance discussions. The document was open for comments at http://comment.rigf.asia to reflect the community views and encourage participation and engagement in Internet Governance issues. The Finalized Outcomes Document is expected to be further developed and finalized by August 14, 2015. 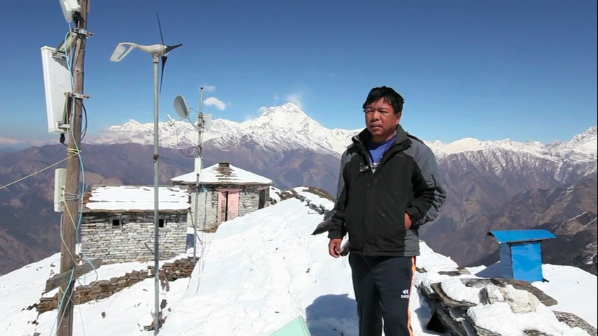 “Talent is universal, opportunity is not” said Megan Smith, US Chief Technology Officer and former Google.org vice-president. ISIF Asia is about giving opportunities to those that have the talent, the ideas and the strength to make them happen. But as the path for each one of the ISIF supported projects is different, as their context and the challenges they faced, the opportunities we seek to provide are thought to open new ones, to get out of the comfort zone and try something different, to see if “that” is what it takes for a great idea, to be a reality, that is shared and valued by communities around the Asia Pacific. Is not all about the market, or about been the “next big thing” on the Internet, is about making sure that ideas supported have a better chance to have a positive impact in the real world. It can be a more progressive policy move, an Internet-powered social movement, content or services that fill in a gap, a need. And we want to be there to help them to “get there”!

ISIF Asia former and current funding recipients have fascinating stories to tell about what they have done and what they dream to do, like the ones below:

So, we are very excited to share the good news that thanks to the support from our donors, IDRC and Sida, and in collaboration with JFDI.Asia, it was announced that 60 ISIF Asia supported teams will join the JFDI Discover pre-accelerator program where they will learn to apply the powerful startup tools and techniques taught through the 21-day JFDI Discover pre-accelerator program. The aim is to give them confidence and evidence to answer the key questions that angel investors, accelerators, and government agencies are certain to ask them, such as: “Who is your customer?”, “What problem are you solving for them?” and “Has this team got what it takes to succeed?”. JFDI CEO Hugh Mason said, “Achieving positive impact with a startup is not easy in many parts of Asia. Alongside the impact, we want to help these teams to think about how they can become commercially sustainable to ensure that their good work continues long into the future. There is a lot to learn and share and we have every confidence that long-term collaborations and friendships will grow from this program, creating wealth for the 56 Asia-Pacific economies ISIF Asia covers and beyond.”

We had the opportunity to visit JFDI.Asia a few months ago, as ISIF Asia participated at the ICTD conference. We were invited to attend their Open House and we saw how this is really a “community of people who practice, finance and teach innovation” as they described them selves. We are very happy to have found a partner that believes that “innovation need not be a mystery and entrepreneurship should not be painful or lonely. Both can be learned, working with peers and guided by mentors”. We hope this is the first step to a closer collaboration in the future. As not all ISIF supported projects are start-ups, this course will be offered as a first step to find out if the path of entrepreneurship is one that suits them. More information about the platform is here http://www.jfdi.asia/discover.Once they have completed the pre-accelerator course, they can consider to enroll in the accelerator boot camp http://www.jfdi.asia/accelerate, which is a 100 days commitment. Check the video below for an introduction!