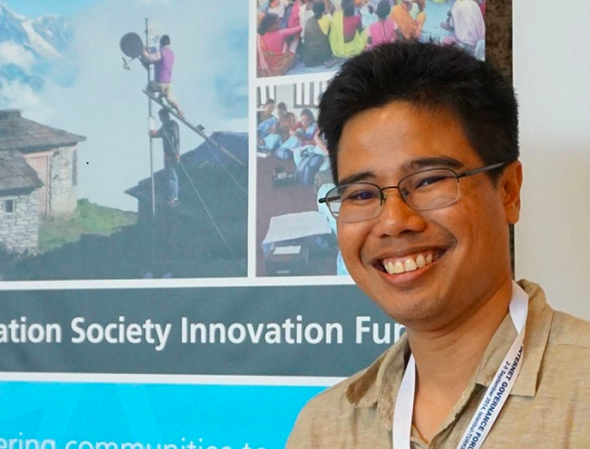 Malaysia has been governed by the same political party, Barisan Nasional, since it gained independence from the United Kingdom in 1957. Barisian Nasional’s policies, which strongly favor ethnic Malay’s, have begun to lose support among young and minority voters, culminating in the 2013 elections when opposition leader Anwar Ibrahim won the popular vote. Despite the polling results, and amid allegations of voter fraud, Ibrahim lost the election.

The 2013 elections were a high-level indicator of the systemic lack of transparency and accountability in the Malaysian political system. According to the World Bank’s Governance Indicators, Malaysia is in just the 37th percentile for “voice and accountability.” These measures indicate an individual’s ability to participate in selecting their government, freedom of expression, freedom of association, and a free media.

The Sinar Project, an ISIF Asia award winning non-profit organization, is seeking to fill the void in governmental transparency and accountability in Malaysia via open-source technology. Sinar is producing platforms which help monitor all levels of government, from local municipalities to parliament.

In Ernest and Young’s 2013 Asia-Pacific fraud survey, almost 40% of respondents said that corruption and bribery are widespread in Malaysia. That figure is nearly double the average of the rest of the region. In order to bring awareness to the corruption of the Malaysian political system, Sinar launched their Accountable platform in 2012.

Accountable is a web application which actively tracks the people, issues, and organizations related to Malaysian corruption. The data is presented in a searchable, tab separated manner, allowing the Malaysian public to easily monitor the activities of, and allegations against, their elected officials. Sinar will soon add an additional monitoring feature to Accountable, indicating the status of individual cases, including data on the case out come (i.e. false allegation, money returned, and criminal charges brought).

A second anti-corruption tool that Sinar has developed is their Construction Industry Development Board (CIDB) database. Corruption in the Malaysian construction industry is at a “serious level”, according to the Malaysian Anti-Corruption Commission.

Sinar’s most advanced accountability project, AduanKu, was launched in January of 2014. The platform enables users to report problems (think potholes, faulty street lights, etc.) directly to their local municipalities. Problems can be reported through a web portal with a smartphone or computer, and an app-based platform is coming soon. Once a user submits a problem, AduanKu sends an official report via email to the relevant Council. These reports contain mapping info of the problem location, a detailed description, and photographs when available.

The local user is then able to monitor their council’s response, and utilize a feature in AduanKu to publicly comment on whether appropriate action was taken. This interaction makes local municipalities directly accountable to their taxpayers, with municipal performance data publicly available through AduanKu. The Subang Jaya Municipal Council, for example, has had 292 problems reported, fixing 115 of them. AduanKu is currently available in a limited number of municipalities, but Sinar plans to expand the service throughout Malaysia.

Sinar also has a variety accountability projects on the national scale. Their BillWatcher application enables Malaysian citizens to monitor the status of upcoming bills in both the national parliament and state assemblies. Their Malaysian Representatives project aims to provide citizens with background information on all members of Parliament, including contact information, work history, and known assets.

While these applications are informational in nature, they help create transparency in the Malaysian political system by educating the voting public about the actions of their elected officials. For a nation with a voter turnout of over 84%, this sort of transparency can go a long way to bringing about change.

All of the Sinar Project’s code is open source, and can be found on GitHub here.