This project, led by Tshering Norbu from NANO, conducted Bhutan’s first trial with emerging TV White Space (TVWS) technology to deliver broadband Internet access to the unserved areas and determine its appropriateness or not in Bhutan where the terrains are mountainous, thickly forested and rugged, and where building wired network infrastructures is technically and commercially challenging.

NANO is one of the only three fully-fledged (Tier-1 category by Bhutan’s standard) ISPs in Bhutan licensed to establish international connectivity and cover nationwide. They own an independent international gateway, international connectivity and domestic networks built on the backbone of latest DWDM and fiber technologies including access networks which are completely on fiber. A young entrepreneurial startup founded by the top-notch management and technical team that brought Internet and telecommunications (specifically FTTx services) development in Bhutan. As of today, they operate only in three major cities in Bhutan with a focus on providing services to the selected segment of the corporate and enterprise customers.

The project implementation timeline was initially scheduled for 8 months – set to start from around 3rd week of October 2018 and complete by June 2019. TVWS was completely new to us being in its early stage of an emerging technology. We researched and studied including case studies of its deployments, and identified potential Original Equipment Manufacturers (OEMs) who were also limited in number. We shortlisted and evaluated three TVWS manufacturers: Carlson Wireless Technologies (US), Runcom Communications (Israel) and Saankhya labs (India). We chose Carlson Wireless. When we were finalizing Bill of Materials after a long design discussion and negotiation with them, we learnt they had long lead time, delay and some cases of even failing to manufacture/supply. That put huge dent to our implementation time. We did not risk and had to switched to another OEM, Redline Communications (Canada) – who carried good recommendation on their company’s credibility and technology performance. Then playing order to Redline who manufactured and supplied/delivered based only on the order consumed several months. We could complete installation of the final site of the total five deployments in March 2020. The entirely in all activities extended our project implementation timeline to 16 months.

Major activities included: field survey of two base stations and selecting only one, seven client sites survey and selecting only five; study, evaluation and selection of TVWS OEM; ordering and supply/delivery of equipment; making sites readiness; actual installation, implementation and commissioning of networks – for provisioning Internet; providing support assistance and monitoring of network performances for evaluation.

The final report is available to review here. 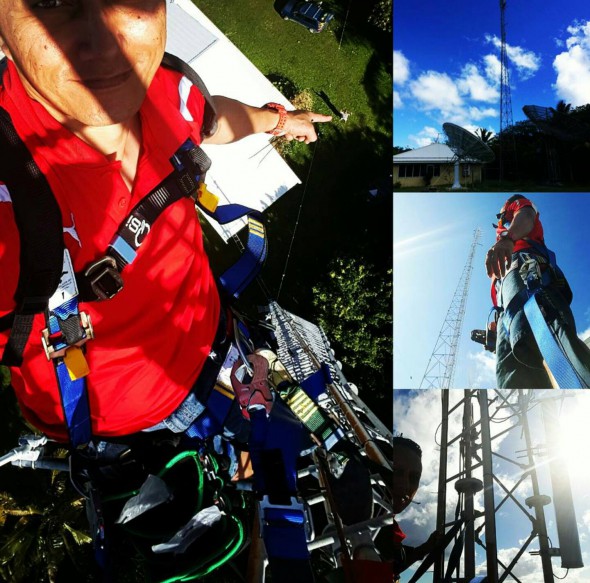