The project led by Raihana Syahirah Abdullah, from the Faculty of Information Technology and Communication at the Universiti Teknikal Malaysia Melaka (UTeM) finalized their project and submitted their technical report.

The research focused on getting the parameter from raw infection codes using a reverse engineering approach as well as addressing the behaviours of IoT botnets. The main objective of the research was to develop a new model in detecting IoT botnets using graph analytics theory model with analysing the selection of influence feature factor. The output of this research is a scheme that is able to remove and quarantine the suspicious codes as well as able to detect the behaviour changes in the IoT devices. The model also can be used as a security tool to discover the real behaviors of IoT botnets from the raw infection codes that exists in particular IoT devices and machines.

The NextGen Girls initiative included creating an IoT and Security Curriculum including Internet governance, Privacy, IPV6, IoT, Networking, Information Security and open web technologies and training 40 female University students to become Internet Security Educators. They in turn, trained 160 of their peers, and make awareness to 800 high school girls in IoT safety. The training was delivered through 8 workshops at 4 universities, 24 live online training sessions, 2 meetups and an IoT hackathon among girls.

The main outcome of the NextGen Girls project is the development of a sustainable network of women specializing in IoT and security, advocating IoT safety and enable support for victims while increasing women participation in IoT and Security field. In the long term, the NextGen Girls community will support women to show leadership in the emerging IoT industry, increase safety and advancement of women.

NextGen Girls aims to scale up the project “Respect Girls on Internet” which was awarded the ISOC 25 Under 25 Award and received an ISOC Beyond The Net Community Grant. The project developed a network of university and high school girls studying ICT. The goal of the project is to support young women professional development to pursue emerging IoT security careers, that in turn will help build safer and secure IoT environment at homes, workplaces and communities. The emergence of pocket-sized computing devices, capable of electronic switching, sensing, controlling equipment, video, and audio has created a new paradigm shift in home automation, business, agriculture, transport, environmental technologies. IoT systems use internet to interconnect. Unsecure home uses of IoT can endanger safety and breach privacy of individuals and families. Women are particularly vulnerable as IoT misuse has facilitated revenge porn incidents, harassment, data breach, as well as scams. Online safety activitists recommend that women seek suppor from other women in the event of IoT breach, as seeking support from a male technician can pose additional risks. The project proposed approach is to develop IoT and security skills among women to safeguard their homes, workplaces, and community from IoT breaches. Women becoming IoT security experts immensely contributes to gender equality, diversity, and growth in female participation in the IoT economy.

Dr. Di Ma from the Internet DNS Beijing Engineering Research Center (ZDNS) has completed the report for one of the grants that was allocated in 2018 for implementation in 2019, titled “RPKI Monitor and Visualizer for Detecting and Alerting for RPKI Errors”.

This project implements an RPKI security mechanism that detects and counters adverse actions in the RPKI, which helps mitigate risks to global routing system. The mechanism is implemented by two components: the monitor, which detects erroneous or malicious RPKI changes, and the visualizer, which displays graphically the validation process passed to it by the validator and the alert information issued by the monitor.

The project achieved the following objectives:

Prof. Winston Seah from the School of Engineering and Computer Science at the Victoria University of Wellington has completed the report for one of the grants that was allocated in 2017 for implementation in 2018, titled “Scalable Traffic Classification in Internet of Things (IoT) for Network Anomaly Detection”.

The project focused on accurate traffic classification in the Internet of Things (IoT). The IoT comprises large numbers of heterogeneous simple devices running single applications, often with little to no security features making them easily compromised and used as tools in cyberattacks. As we become more connected and reliant on the Internet, any form of disruption in connectivity due network anomalies can result in adverse consequences, ranging from loss of productivity and revenue, to destruction of critical infrastructure and loss of life. In the last decade, cyberattacks have increased at an alarming rate, even just based on the reported incidents. We need to be able to classify new traffic types coming from IoT devices accurately and promptly, so that anomalous traffic can be identified and dealt with quickly.

Payload-based (PB) techniques although can reach high accuracy, but suffers from several limitations. The limitations of PB classification are expected to be addressed by statistical-based (SB) techniques. SB approaches are based on flow features and the traffic is classified using Machine Learning algorithms (MLAs). SB classification assumes that specific flow-level features such as flow duration, inter-arrival time, transmitted bytes, packet length and packet size can distinguish different types of traffic flows. We studied how unsupervised machine learning can be applied to network anomaly detection in the dynamic IoT environment where previously unencountered traffic types and patterns are regularly emerging and need to be identified and classified. This project involves the study and selection of appropriate MLAs (to be implemented as a proof-of-concept prototype) and identification of those flow features which have the highest impact on the traffic classification accuracy. This project contributes to making safer cyber-physical systems that are an integral component of the IoT.

Prof. Vijay Varadharajan from the Faculty of Engineering and Built Environment at The University of Newcastle has completed the report for one of the grants that was allocated for implementation in 2018, titled “Software Defined Networks based Security Architecture for IoT Infrastructures”.

The project developed fine granular security policies and a lightweight security protocol to authenticate IoT devices and authorise them to access services in network infrastructure in a secure manner. The project involved three stages:

The report is publicly available here: 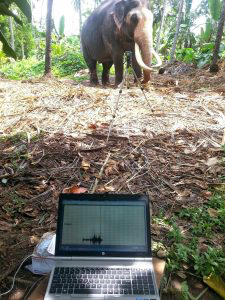