This map uses 2011 data on Internet users and total population to show us a few interesting data points:

And here is the statistic that I’d like to focus on: India has less than 20% Internet usage, which means there is massive upside to Internet adoption in the world’s largest democracy. Especially, when you look at how quickly the tools of access are dropping in price and increasing in functionality.

While some may still be thinking that laptop or even desktop computers are the routes to Internet access, its really cheap smartphones. Just look at Xiaomi, which is described as the “Apple of China”. They introduced the Redmi 1S in India and sold 80,000 in 8 seconds, with a queue 200,000 long. 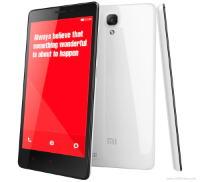 Why? Because the Redmi 1S, at INR 5999 (US$99), is 10x less than the cheapest iPhone 6, and Xiaomi doesn’t see itself as a smartphone manufacturer competing against Apple or Samsung. It sees Amazon as its competitor:

“Like Amazon who built Kindle, Fire Phone, and invested in technology to boost its core ecommerce. Similarly, our phones are just a means to an end, and not the end,” says Xiaomi vice-president Hugo Barra.

Xiaomi has realized that 1 billion Indians are a giant market waiting to get online, and they’re laser-focused on making sure Asia will stay and grow as the epicenter of Internet usage globally. Internet that arrives on a mobile phone.