Telecentres, a public place to access computers and the Internet, and libraries aim to serve isolated community to facilitate better access to information and knowledge. Especially in developing countries, telecentres and libraries help in reducing digital divides.

In the development of this concept, telecentres also favour for profit entities as cybercafés, which have similar goals as telecentres. Gomez et al. (2009) includes cybercafé as a telecenter by recognizing the importance of cybercafé in providing access to ICT, although an institution or network doesn’t support it. Cybercafes are located in areas with high income and tourists, yet do offer an important source of public access to ICT.

Public libraries, as the new telecentres, provide public access to ICT in Indonesia. In West Kalimantan, the use of ICT in public libraries is driven by [email protected], an international multilateral relationship between Indonesia, Malaysia and Brunei Darussalam in Borneo, a strategic island in the middle of Southeast Asia. The countries have authorities to protect sustainable forest within Borneo.

Supported by more than 16 institutions from 2 states and 3 provinces, [email protected] has important roles to ensure accessibility of information resources about Borneo and was initially founded to use online access to provide key knowledge to citizens on Borneo.

Focusing on forest at the beginning, [email protected] nowadays expands its digital collections to other topics. The good news for local libraries is that the more digital contents, the higher demands to provide computers and Internet access for citizens. Therefore, the need of telecentre equipment in public libraries is high and seen as necessary.

For example, a public library managed by West Kalimantan Provincial Government provides 24 PCs and equips Internet access points for public who need the Internet for both accessing content and seeking books in an online catalogue managed by the library administrators.

Because of the ICs, the library now has increased visitors. Over 340 visitors come to the library every day, including holidays, 7 days a week, and 47,860 visitors came in the last year. Nining, a computer administrator of the library says,

“There is significant increase since the library provide Internet access and open every day, Monday – Saturday from 08.00am to 10.00pm and Sunday from 08.30am to 05.00pm. In addition, 200GB bandwidth quota allocated for this month already run out a week before the end of the month”

Jakarta’s @america, is an interesting example of how the concepts of telecentres and libraries have evolved to the present day. Unlike telecentre that focuses on providing access to computers, the US Embassy’s funded @america offers its visitors access to resources, learning space, as well as educational advice and guidance. @america interactively engages audience with varied and edgy content-rich activities such as discussions, web chats, competitions, cultural performances and exhibitions.

Moreover, @america equips audiences with the latest mobile devices and Internet connection – all free of charge. @america takes benefits from its location in a popular upmarket shopping mall with its large crowds of regular shoppers. Accordingly, @america is open for public 10am to 9pm daily. To further its impact, @america builds partnership with non-profit organizations, educational institutions and private companies to expand its message.

The idea of @america as a contemporary technology-rich library has superseded the one of a telecentre. As various studies have proven, a telecentre, with its simplistic approach, is unable to either promote social inclusion effectively or bridge the digital divide in underserved communities. With its strong online and offline presence, @america has emerged as an attractive public access venue for multi-facet communication, interaction and learning. People are hungry for knowledge and opportunities; @america delivers exactly that.

Eko Prasetyo leads the implementation of Jhpieho’s mHealth initiative in Indonesia. He graduated from MSc. Information and Communication Technology for Development (ICT4D) programme at The University of Manchester. 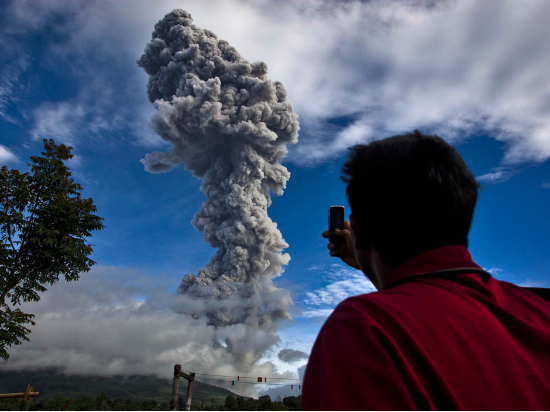