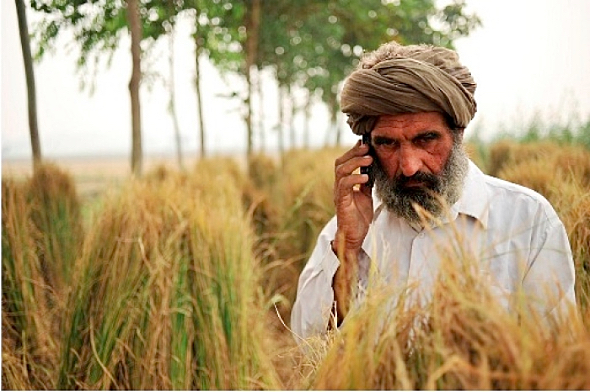 Pakistan’s agriculture sector employs over 40% of the population and contributes to 21% of the GDP. Other sectors are directly dependent, with the textile industry including raw cotton, contributing 11% of the GDP. Despite this importance, the sector has been struggling due to underdevelopment. Land rights and irrigation issues are clear policy and community issues. However, proper soil maintenance and low crop yields can be solved through working with farmers.

What are the main challenges that farmers face?

Crop yields have been low with stagnant growth since 1999. Pakistan’s production is 40% behind its neighboring countries. The harvest often goes to waste due to weak storage and transportation methods. Farmers are competing with large-scale agribusinesses that have access to resources, education and information. While extension programs send workers to educate farmers, most farmers view the programs as ineffective in disseminating information. The extension workers are often poorly trained and it is expensive for the workers to access many villages.

What current solutions are available?

USAID has partnered with Telenor, a telecom service provider, to provide mobile banking, information on weather and market prices to 1,700 farmers. mAgricorner is one of the first mobile apps focused on Pakistani farmers. It provides market prices, farm advisory and trading. 4 out of 5 telecom providers in Punjab have agriculture services using interactive voice response (IVR). Also the government began using satellite imagery to predict crop yields in the upcoming seasons.

What are the attitudes toward technology solutions?

A research study by CABI surveyed farmers in Punjab Province, one of the most fertile and populated regions in Pakistan. The farmers proved most interested in receiving voice calls and text messaging. Despite the stereotypes of most farmers, they are eager for more experimentation with ICT and agriculture.

What are the concerns moving forward?

A main issue is quality of content. Many farmers haven’t used the existing tools because the content quality is low. They often find the information too general and not relevant to their region and type of farm. Also, there is low market penetration of such tools even in Punjab. Although the government is launching satellite data initiative, the focus is to prevent food shortage through better import estimates not increasing crop yields. While there is significant research being done by the government and NGOs, there needs to be stronger focus on ensuring that research is utilized to increase agricultural productivity.

Angelina Nonye-John is a researcher and writer with Mansa Colabs

Today, Myanmar has the same mobile phone usage as North Korea, Eritrea, and Cuba – less than 10% – with only the urban elite owning smartphones, and mobile networks limited in scope and functionality. Yet technology restrictions are ending, and three mobile operators are racing to roll out services to 60 million across the country.

Ooredoo aims to have 3G coverage for 50% of the population by year’s end, with Telenor and Myanmar Post and Telecom with their own ambitious targets. By the end of 2015, most of Myanmar’s population will live within range of a 3G or better mobile network system.

The people of Myanmar will not be connecting to this network with basic or feature phones for three reasons:

1. Smartphones are cheapWhile new iPhones are still several hundred dollars, there is an explosion of cheap Android handsets available in Myanmar already. $50USD can buy a Karbonn Smart A50S, Spice Smart Flo Edge from India or one of many no-name Chinese-made phones. And that’s today.

With the $25 Firefox phone coming out soon, we’ll see even cheaper, full-featured smartphones flooding the low-end market. By the end of 2015, expect smartphone prices even in developed markets dropping to sub-$100 prices.

Mobile phones are also more than just a communications device; they are an aspirational status symbol. And Myanmar is not some remote backwater. Wedged between India and Thailand, with trade and cultural links to both, Burmese are quick to pick up innovations and aspire to join the ranks of Southeast Asia’s elite countries. They are not going to be satisfied with feature phones. Only smartphones will matter.

In fact, looking around Yangon today, I haven’t seen a single feature phone. Even the bus drivers and market sellers have smartphones of some type. They may be used or cheap Chinese knock-offs, but they are not basic phones. Offical surveys say that Android smartphones are 95% of the Burmese market already.

3. Services will be smart

Talking with Ooredoo and Telenor, they are focused purely on smartphone applications for their networks, as is the nascent technology start-up sector. None are looking at feature phone applications nor are they considering SMS text messages or even USSD as their communication system.

Even the international NGOs are moving quickly to develop smartphone applications for their constituencies. And once mobile money becomes widespread, they will even move “cash” payments from physical to virtual currencies.

What does this mean for you? First, adjust your perception of what a developing country looks like. The 60 million people of Myanmar are rushing into the future, practically overnight, and they will have the same technology in their hands as you do.

Next, realize that there will be big money to be made in multiple little niches. With almost 60 million people coming online, there will be massive opportunity to satisfy consumer and business needs – both obvious ones we are familiar with in other countries, and those unique to Myanmar.

Finally, what are you waiting for? The people of Myanmar are not waiting for you.