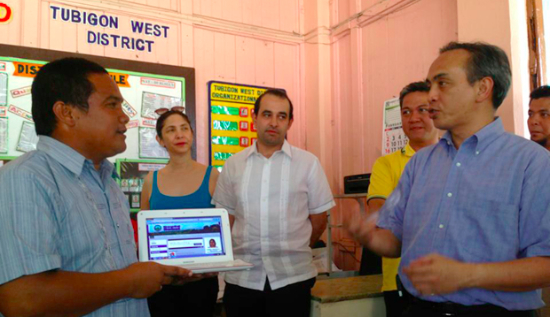 You know all those fuzzy TV channels that don’t seem to be used? Well, in between each channel is even more unused space. Called “TV white space” or TVWS, this unused radio frequency between broadcast TV channels in the very high frequency (VHF) and ultra high frequency (UHF) range between 54 MHz and 806 MHz represents an amazing untapped wireless spectrum resource for developing countries.

Marco Zennaro and Ermanno Pietrosemoli of the Abdus Salaam International Centre for Theoretical Physics (ICTP) have put together a great collection of essays on TV White Spaces with an emphasis on their application in emerging markets. “TV White Spaces — A Pragmatic Approach“, covers both technical and policy issues as well as providing information on real world pilots.

In the Philippines, the Department of Science and Technology-Information and Communications Technology Office (DOST-ICTO) estimates that there are about 24-31 channels (46 percent white space) available in rural areas. The national capital region and Cebu has 24 unused channels (63 percent) and the Mindanao area (Davao) has about 18 (62-80 percent).

In fact, Louis Casambre, Executive Director of DOST-ICTO says that:

“TVWS is an ideal wireless data delivery medium for the Philippines, with its long distance propagation characteristics and the ability of its signals to travel over water and through thick foliage, we are hopeful that this will be the technology to bring connectivity to rural areas and bridge the digital divide”

Undersecretary Casambre is putting his agency at the forefront of TVWS experimentation. DOST-ICTO and the private company Nityo Infotech are currently testing the technology in the largest pilot deployment in Asia.

100 sites in the province of Bohol will use TVWS technology as a public service to connect people and organizations to education, eHealth, and eGovernment services, and provide the backbone for environmental sensor networks and for Internet access in public places. The $5 million technology investment will deliver up to 6 mbps of data throughput at a maximum range of 10 km.

One of TVWS projects that will be connected is the deployment of RxBox units. RxBox is a DOST-developed telehealth device that enable remote consultations between patients, community health workers, and experts in urban areas.

The device can take a patient’s electrocardiogram or ECG, heart rate, blood, pulse rate and blood oxygenation and supports “teleconsultation” between patients and remote clinical experts. While the RxBox usually works just over SMS in remote areas, in the TVWS pilot, it will be connected via broadband Internet for true real-time telemedicine activities. That’s a broadband innovation we can all be proud of.