The Awards recognize initiatives from organizations that have already been implemented, or are in the final stages of implementation, and have been successful in addressing their communities’ needs.

During the 2015 call for nominations, four award winners were selected out of the 78 nominations received across four categories, covering 12 economies in the Asia Pacific. Proposals from Bangladesh, Cambodia, China, India, Indonesia, Malaysia, Nepal, Pakistan, Philippines, Singapore, Sri Lanka and Thailand were assessed by the Selection Committee.

Each winner has received a cash prize of AUD 3,000 to support their work and a travel grant for a project representative to participate at the 10th Internet Governance Forum (Joao Pessoa, Brazil – November 2015) to participate at the awards ceremony, showcase their project, make new professional contacts, and participate in discussions about the future of the Internet.

This year was particularly interesting to receive an application from China, for the very first time since the inception of the ISIF Asia program.

31 applications were accepted for the selection process and are publicly available for anyone interested to learn more about the ingenuity and practical approaches that originate from our region. 16 applications were selected as finalists.

53% for nominations came from private sector and social enterprises, 24% from non-profits, 13% from the academic sector and 10% from government agencies.

The category that received more applications was Innovation on learning and localization with 38%, followed by Code for the common good with 28%, Rights 24% and Innovation on access provision 9%.

86% of the nominated projects are lead by men, only 14% lead by women.

One winner was awarded for each category, three from non-profits and one from private sector and three projects will be represented by women at the Awards Ceremony.

Awards winners were selected in four categories, as follows: 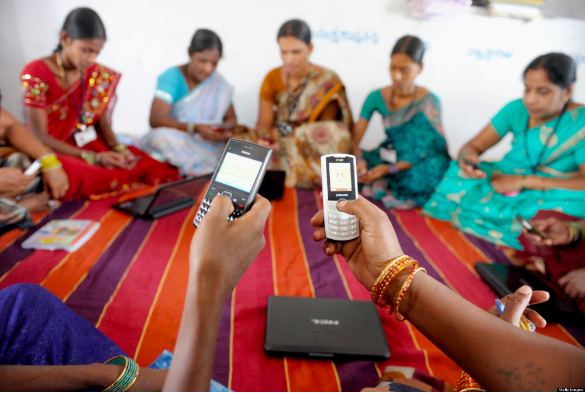 A recent McKinsey study found that although internet adoption is showing steady growth in India, only 15% of Indians use the Internet and almost 70% do not understand how the internet can help them.

Facebook wants more people online and to grow beyond its 100 million Indian users, so its funded a $1 Million Innovation Challenge on Internet.org

In addition, two apps, websites or services designed for each of the four specified population categories will receive a $25,000 USD Impact Award prize.

Entries will be judged based on these 4 different criteria:

So what are you waiting for? Apply today!

The energy was palpable as 10 women crowded around the five computers recently installed in the Baguio Reading Center outside of Davao City, Philippines. For most of these women, it was their first time to use a computer. Librarians from the Davao City Library gathered around the computers with the women and taught them the basics.

These women were at the library to attend a workshop on entrepreneurship ran by the City Social Services and Development Office (CSSDO) in Davao. The Development Office helps to extend social services to people living in the Barangay villages surrounding Davao City, including livelihood and entrepreneurship training for women to help them create supplemental incomes.

Davao City covers an area approximately twice the size of New York City, so trips to the city center to access economic opportunities and related services can be time and cost prohibitive, meaning that communities on the outskirts of the city have limited access to services offered at the city center.

The Davao City Library, a network of 9 libraries and 12 reading centers, is partnering with Beyond Access to extend information access and services to communities that can’t reach the city center. The city government is already renovating a pilot group of three libraries and one reading center to accommodate the new computers and other technology Beyond Access will provide.

Beyond Access is also working with the Molave Development Foundation (ISIF Asia award winner 2012) to train librarians on how to teach basic ICT skills and how to manage ICT resources within their libraries. As you can see, the librarians are already designing services for people in their communities to provide them with greater access to economic opportunities.