According to the World Bank 2014 regional report, Violence Against Women and Girls: Lessons from South Asia, gender-based violence is an acute problem in Nepal, with women being subjected to different forms of violence, namely, physical intimate partner violence, sexual exploitation, rape and forced labor. At the same time, the Nepal Telecommunication Authority reported over 80% mobile usage.

The prevalence of violence against women and the impressive penetration of technology in Nepal prompted a one-day Hackathon on Violence Against Women (VAWHack) intended to generate applications that could address the issue of gender-based violence in Nepal. The VAWHack, the first such event in Nepal, was organized jointly by the World Bank, the International Finance Corporation, YoungInnovations and the Computer Association of Nepal. It brought together private sector representatives, gender experts and young techies to create ICT tools able to help survivors of violence against women and civil society organizations working to reduce its effect on society.

The hackathon produced FightVAW, an ICT-based initiative that provides survivors of violence against women with an alternative means of reporting their cases, via phone call, SMS and online. It enhances coordination among civil society organizations that provide care and services. With an organized case-management system that records complaints and forwards cases to different institutions providing related rehabilitation and legal services, FightVAW uses technology to address a social issue.

FightVAW is the first project of its kind to use ICTs in providing end-to-end solutions to problems involving violence against women in Nepal. It has the additional benefit of reducing survivors’ trauma by sparing them the need to repeat their negative experiences in every organization they reach out to. It also serves as a one-stop site for information on organizations working to prevent violence against women. FightVAW provides a platform for sharing the inspirational stories of women who have moved on in life after such unfortunate incidents.

Through government involvement and the inclusion of private and public organizations working in this field, FightVAW aims to work competitively towards successfully putting an end to violence against women in Nepal. 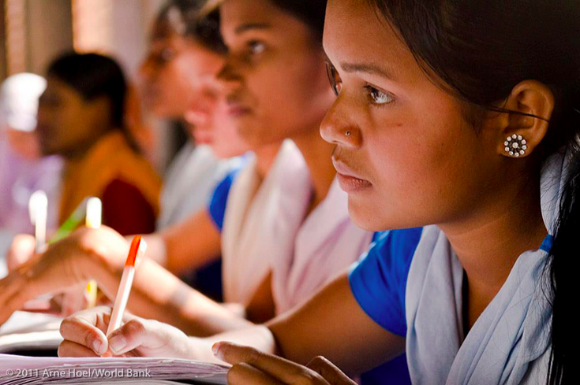 Last year, the World Bank published Student learning in South Asia : challenges, opportunities, and policy priorities report about the state of education in South Asia. It showed that, despite undeniable achievements, poor education quality is holding back the region and trapping the youth in poverty. The good news is: there are solutions! 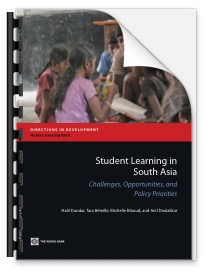 1. How is the education sector doing in South Asia?

It’s doing much better! For the past decade, most countries have invested a lot in education, and they have achieved impressive results. Today, 89 percent of the children go to school; in 2001, there were only 75 percent. Besides, the literacy rate has skyrocketed, and 80.6 percent of the youth can now read.

Yet, despite this tremendous progress, there is still much to do. Even now, 13 million young South Asians have no access to education at all. For those attending primary school, many will drop out before graduating, and only 58 percent will get a secondary degree. This is below the world’s average by 12 percentage points.

There are still wide disparities across the region, so it depends on which country we are talking about. For instance, Sri Lanka achieved this goal several decades ago, and India with its 96 percent enrollment rate is well advanced too. On the contrary, Pakistan is lagging much behind, with only 72.1 percent of its children going to school. And in Afghanistan, the situation is even worse!

3. What are the barriers to accessing education?

As elsewhere in the world, poverty and gender discrimination are the number 1 barriers.

South Asia is one of the poorest regions in the world, and this has a huge impact on education. Children from disadvantaged families tend to drop out more often. But, here, the poverty factor is aggravated by the many conflicts and natural disasters that have racked the region since 2000. Schools have been closed or destroyed, and this has prevented the youth from studying at all.

For the girls, the chance to get an education is even lower. Over half of them have to drop out before reaching the last grade of primary school. This is a pity, as educating the girls is one of the keys to overcoming poverty. Indeed, an educated woman is likely to marry at a later age and have fewer, healthier, and better educated children. And since they often get a higher wage, they can contribute to increasing the standard of living of their family.

4. What about learning outcomes?

For the World Bank, this is the greatest challenge South Asia is facing now. The current education system does not give the youth the skills they need to reach their potential, get a good job, and succeed in life. Today, up to one-third of primary school’s students lack basic numeracy and literary skills. And it hardly gets better in secondary schools.

This low learning outcome has not only an impact on the children’s personal development. It also undermines the whole region’s competitiveness, economic growth, and any efforts to reduce poverty.

5. Why is the quality of education so poor?

Clearly, the educational methods are not effective. In South Asia, pupils are asked to rote learn rather than to reason or think for themselves. This is not to say that rote learning is useless. Still, children also need to be taught how to be analytical, solve problems, and write meaningful sentences.

But how could it be otherwise? Teachers have insufficient skills and are hardly trained. What is more, a majority skips class one day in five, and this has pervasive consequences. In general, the teachers’ knowledge and commitment are critical to the students’ learning. But in South Asia, this is even more important. Most children are the first ones in their family to ever go to school, and they cannot rely on their parents to help them.

6. What could these countries do?

For the World Bank, the priority is to invest in early childhood nutrition. It may sound irrelevant, and yet, the impact on learning outcomes would be massive, as malnutrition damages the children’s ability to learn. Another priority is to improve the teachers’ effectiveness. Governments should appoint them based on merit, train them, and reward their performances. This could increase the motivation of the good ones and persuade them to keep teaching.

Surprisingly the World Bank does not mention them in its report, and yet, ICTs provide incredibly useful tools to educators. There are many examples of successful initiatives. For instance, Shilpa Sayura in Sri Lanka, Deaf Reach in Pakistan, and eVidyaloka in India have helped thousands of rural, disadvantaged, and disabled children break the learning barriers and overcome school failure.

All these projects have proven to be both innovative and efficient, with few resources. So, why not take inspiration from them?