Committee members are responsible for the review and assessment of the grant proposals submitted under an specific funding category, that have passed pre-screening conducted by the ISIF Asia secretariat.

Each committee counts with subject matter experts representing the APNIC board, APNIC staff, donors and sponsors, former ISIF Asia recipients and experts from the community.

They contribute to the online selection process as volunteers and issue recommendations for funds allocation which are then ratified by APNIC Director General. 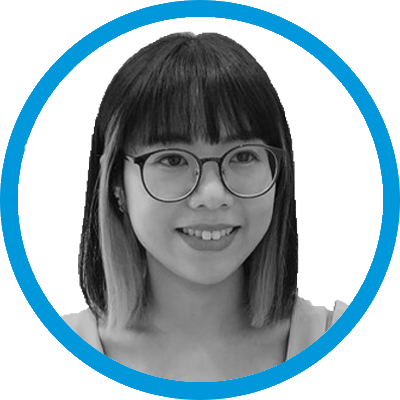 Christine Or worked in a variety of areas in her early career, including film festivals in Hong Kong and Macao, where she learned most of her event management and organization skills. She has worked in DotAsia for almost three years, serving as the Secretariat of the APrIGF, and is currently working on a project on environment and digitalization. She is especially interested in digital inclusion and human rights issues, and believes that Internet development is all about people. In her personal life, she loves films and fashion. She is a dedicated cat person. Carolyn Florey is the Senior Director, Technology for Development at Mercy Corps. In this role, she is responsible for guiding vision and strategy for the application of digital technology within Mercy Corps’ programs. Prior to this role, she was the Technology for Development Lead at the International Rice Research Institute (IRRI) in the Philippines where she led the Digital Tools and Big Data Research Unit and worked to leverage digital technologies for agricultural research for development with a focus on strategic leadership, project management, and internal and external stakeholder engagement. She has previously worked at the Digital Impact Alliance, the United Nations Foundation, World Bank, USAID, the Inter-American Development Bank, a women’s health NGO in Delhi (Breakthrough), and as a Fulbright grantee in Jeonju, South Korea. 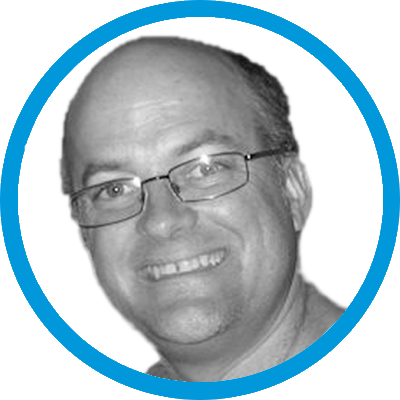 David Rowe has worked with signal processing hardware and software for over 30 years. In 2006, he left an executive position in the satellite communications industry to become a full time open source developer. Since then David has worked on open hardware and software projects in VOIP, developing world communications, echo cancellation, speech compression, modems, and digital voice over HF radio. David writes a popular blog that is read by 70,000 people each month, drives a home-made electric car, and also enjoys bike riding and sailing. 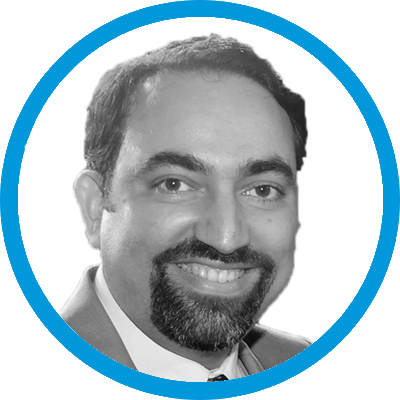 Suchit Nanda is an ICT professional with 35+ years of experience in technology for development, data networking and mobile computing. In his youth he helped start the Microcomputer User’s Club in Bombay and co-authored the internationally renowned book “War on Virus.” In 1989 he set up LWBBS (Live Wire! BBS) which was the earliest Bulletin Board Service in the Indian subcontinent which went onto to become LWNET (one of the earliest ISPs in India). With the Association for Progressive Communications (APC) he set up the first NGO platform and later BBS network called “IndiaLink”. For the last ten years Suchit has played a key role as senior management at Reliance Foundation (RF), India’s leading not-for-profit foundation, reporting to the Chairperson. Dr Kenny Huang is a leading figure among Internet communities in Asia. He has worked on the development of the Internet in Taiwan for decades and held numerous roles, including APNIC Executive Council member, Chair of ccPDP4 Work Group of ccNSO and Co-Chair of Chinese Label Generation Panel for Root Zone. He has been on the Address Council of ASO, PIR Board, TWNIC Board, DotAsia Advisory Council, ICANN New gTLD Review Committee and Executive Board of the TWIA. Dr. Huang’s contributions have been acknowledged especially in the development of Internet technology. He has also been extensively involved in the development of Internet policy throughout the Asia Pacific. Dr. Kenny Huang holds a Ph.D. in Management of Information Systems from National Chengchi University. 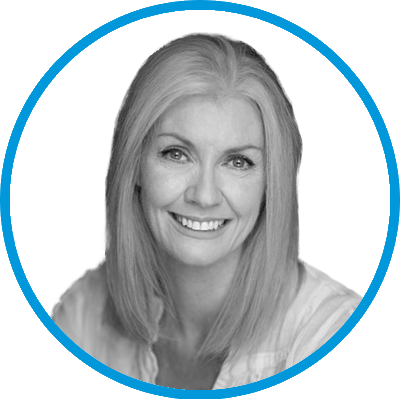 Karla Skarda is the Services Director at APNIC, responsible for the strategic management of the services delivered to APNIC stakeholders, and the oversight of all services and service related communications and activities across the organisation. Remit includes overall development and operations of APNIC core services such as resource allocation/assignments, membership and helpdesk. Karla has extensive experience consulting in IT, and over 25 years experience delivering operational and financial success in a broad range of industries. 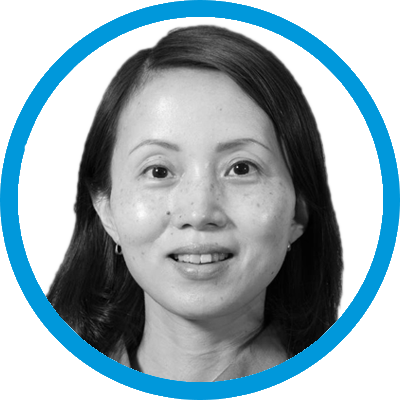 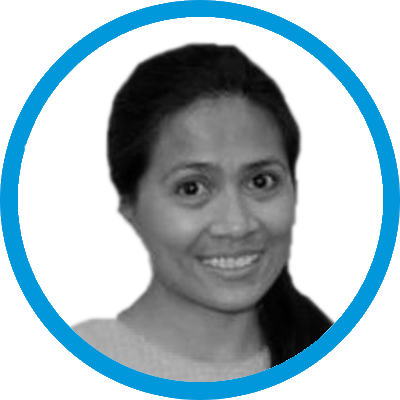 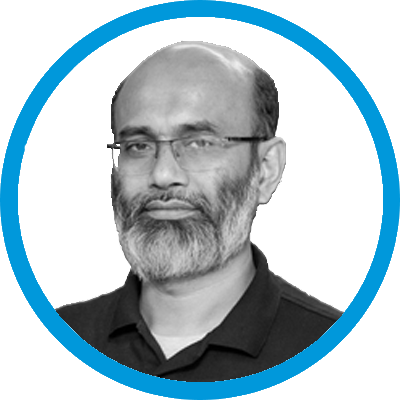 Sumon Ahmed Sabir has been involved in APNIC activity since 1998 and a regular attendee at APNIC conferences since 2005, serving as Policy SIG Chair from 2017-2020. Sumon is Chief Technology Officer of [email protected] Limited, running one of the largest telecommunication transmission networks and Internet gateways in Bangladesh. Prior to joining [email protected] in 2012, he was Managing Director of BDCOM for five and a half years, and CTO at BDCOM for six years. In addition to his duties at [email protected], Sumon has continued to play an active role in the technical community in the region, serving on boards including Bangladesh Internet Exchange Limited (BDIX) and Bangladesh Network Operators Group (BDNOG), the Dhaka Chapter of ISOC Bangladesh. Sumon is also a Core Committee Member of the South Asian Network Operators Group (SANOG). Kitisak Jirawannakool has worked in information security for over 15 years. He is currently Senior Security Incident Management Professional at KASIKORN Business-Technology Group (KBTG). Prior to that, he was an Information Security Consultant at the Thai Bankers’ Association (TBA) responsible for establishing a Thailand Banking Sector CERT or TB-CERT, which is the CERT for Thai banks and relevant banking companies. He was previously  employed as the Information Security Specialist of Electronic Government Agency (EGA), which is under supervision of the Ministry of Information and Communication Technology of Thailand, specializing in "security incident monitoring and management (CERT)”. He also received the Asia-Pacific Information Security Leader Achievement in 2011. Kitisak holds a Bachelor’s Degree in Computer Engineering from Khon Kaen University and a Master’s Degree in Computer Science from Chulalongkorn University. 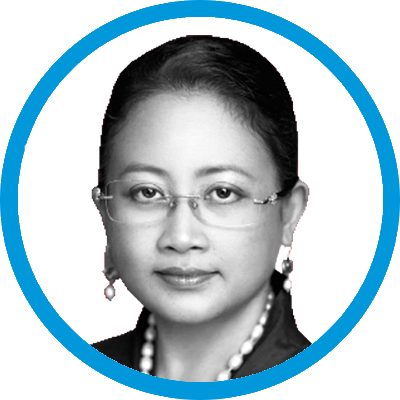 Efie (Sylvia) W Sumarlin is Chair of the Federasi Teknologi Informasi Indonesia (the Indonesian Information Technology Federation (FTII)). In this role, she leads efforts to advise the government on a national ICT roadmap and regulations that encourage the use of ICT, promote local IT industries to other economies in the Asia Pacific, develop cooperation with international partners, and provide education to enhance the knowledge of ICT professionals. Sylvia’s involvement in the Internet began in 1995 when she established and led Dyviacom Intrabumi (DNET), one of Indonesia’s first ISPs. She also she serves as the Permanent Committee Head in the area of ICT Infrastructure Development for the Indonesia Chamber of Commerce and Industry. She acquired a Bachelor of Arts (Economics) from Syracuse University, USA in 1986. In 1989, she earned two Masters of Arts in International Relations and Economics from Syracuse University. Narelle Clark is the CEO of the Internet Association of Australia, operator of IX Australia and NZIX, both not-for-profit, carrier neutral, member led internet exchanges. Narelle’s industry experience spans regulation, network architecture, research, consumer education and community development. Narelle was Deputy CEO at the Australian Communications Consumer Action Network, is a former head of CSIRO’s Networking Technologies Laboratory, of Networks R&D/Advanced Network Architecture at SingTel Optus, a former trustee of the global Internet Society. Narelle holds a seat on the board of the Public Interest Registry (operator of .Org), the engineering industry advisory board of the University of NSW and is also an Honorary Fellow at the University of Wollongong. Christina Chu serves as Director of IP Strategic Planning at NTT Ltd., overseeing NTT Global IP Network's peering relations. Her Internet career started in 1995 as a network engineer in NorthWestNet, one of the Network Science Foundation regional networks, where she gained hands on experience in various aspects of network operations. As a backbone engineer in the early days of Verio, Inc., she worked on integrating Verio’s 55 acquired ISP networks and eventually operating its worldwide tier one network. In NTT, before moving on to her current position, she managed a diverse team of talented IP operations engineers and enabled the operation and support of IPv4/IPv6 dual stack throughout the NTT Global IP Network. She has a M.S. degree in Computer Science. In her spare time, she is interested in building Internet communities and their diversity. 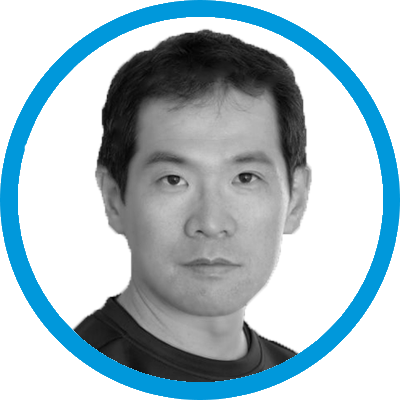 Keisuke Kamata has been working on cybersecurity since 2002. With eight years of technical work and international relations responsibilities at JPCERT/CC, he joined the Bank of Tokyo MitsubishiUFJ to start building cybersecurity management capability. Since 2014, he has taken on various roles including Board Member of Financials ISAC Japan, Regional Director of FS-ISAC, Advisor to Cybersecurity of Financial Services Agency of Japanese government and others. His specialty also reaches into assisting large enterprise cybersecurity management and instructor of hands-on training for security engineers. 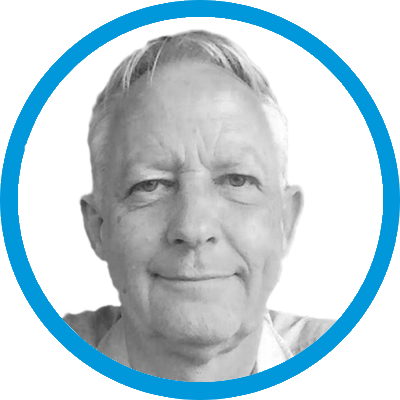 Mike Jensen co-founded The Web in Toronto in the 1980s. It was Canada’s first Internet service provider (ISP) for civil society, which subsequently became one of the founding members of the Association for Progressive Communications (APC) in the early 1990s. A South African now residing in Portugal and Brazil, Mike is recognized internationally as a leading expert in digital infrastructure technology and policy, having advised NGOs, governments and private companies on the deployment of broadband infrastructure in over 45 countries during the last 30 years. In recognition of his contributions to the development of the Internet, he was inducted into the Internet Society's Internet Hall of Fame (IHOF) in 2017. Vincent Atienza, more commonly known as "Achie", has a dual role handling Product and Infrastructure at Globe Telecom in the Philippines. He has more than a decade of experience in the Internet industry. He is responsible for managing the end to end evolution/optimization of Globe’s IP ecosystem. Outside Globe, he is also passionate in improving the Internet and Peering ecosystem of his home country as well contributing to the global Internet community. He was instrumental in the rebirth of the Philippine Network Operators Group(PhNOG), which he has chaired since 2015, and is also part of the Internet Society-Philippine Chapter (ISOC-Ph) serving as Board of Trustee since 2013.  Last February 2020, he was elected as an APNIC Executive Council member. Jessica Wei is a Senior Technical Trainer at APNIC, providing training on IPv6, routing, MPLS and network security in the Asia Pacific region, as well as working on the development of training contents. Before joining APNIC, Jessica spent six years in Huawei, providing technical training to engineers and administrators from more than 15 nations. 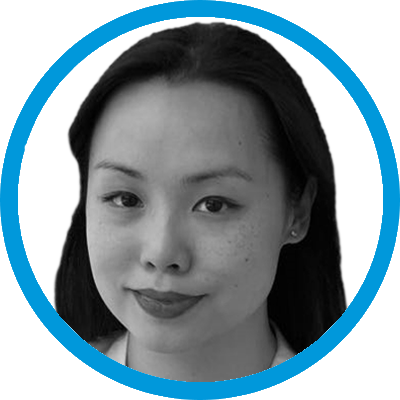 Jennifer Chung is the Director of Corporate Knowledge for DotAsia. She was an appointed member on the United Nations Internet Governance Forum (IGF) Multistakeholder Advisory Group (MAG) from 2017-2020 which advises the UN Secretary General on the annual global UN IGF agenda. Chung heads the Secretariat for the Internet Governance Forum Support Association (IGFSA) which provides support to the global UN IGF and grants seed funding to National and Regional Initiatives (NRIs).  She is also a part of the Asia Pacific Regional Internet Governance Forum (APrIGF) organizing team. She hopes to drive greater participation in the APrIGF Synthesis Document process and believes that this can amplify the Asia Pacific views and contributions on Internet governance.

Selection committee: Ian Peter Grants for Internet and the Environment 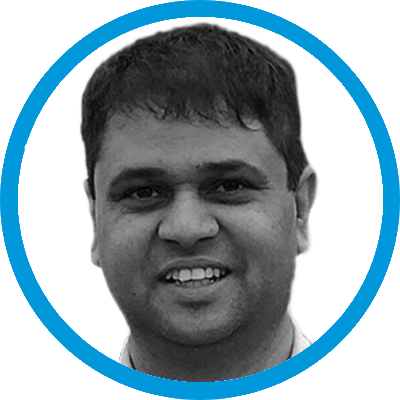 Gaurab Raj Upadhaya is currently serving as the chair of APNIC Executive Council. He has been active in the Internet community for more than a decade and is currently employed by Amazon Web Services (AWS) as Principal of GND Infrastructure. Gaurab previously worked for Limelight Networks as Senior Director of Network Strategy and Interconnection, and Packet Clearing House (PCH) as Senior Internet Analyst. In 2003, Gaurab was the founder of the South Asian Network Operators Group (SANOG), the regional network operators' forum that has trained hundreds of network engineers. In 2001, Gaurab was the founder of the Nepal Internet Exchange (NPIX), the first IX in the South-Asian region, and still serves as its Chairman. In 2007, he worked with local colleagues to build the Nepal Research and Education Network (NREN) and continues to serve as its Technical Director.

Christine Or (also on Inclusion committee)